“There is no such thing as clean fossil fuels.”

If there could be one sentence to describe the documentary Before the Flood, where DiCaprio goes on a journey to get to the bottom of the climate crisis, this is it.

Most of our economy is based on fossil fuels: oil, coal and natural gas. Our governments happily allow for corporations to rape and pillage our world, devastating the Earth’s natural resources – resources that will take hundreds upon hundreds of years to repopulate and grow – if at all.

More extreme measures are used to find these fossil fuels; fracking, wiping out the tops of mountains in search for coal and creating tar sands pits that leave the land barren and decimated. The governments’ worldwide claim is to be doing something – but in reality, sourcing alternative clean energy is not their number one agenda. If it were a priority, the technology and infrastructure already implemented would be in place, to hell with the economic consequences.

After all, if we don’t have our health and our life, what chance have we at possessing anything else?

DiCaprio has been hung and dried by mainstream media since his appointment to the UN as Messenger of Peace Ambassador, accusing him of knowing nothing about climate change with “zero years” in the scientific field. But he is a citizen of the world, and anyone who dares to challenge that the climate is not changing – be it man-forced or not – only need look into the own backyard to see the effects of fossil fuels.

Before the Flood takes a look at how far we’ve gone and how much damage has been done and “if there is anything we can do to stop it,” says DiCaprio, obviously overwhelmed by the contributing factors of this problem. 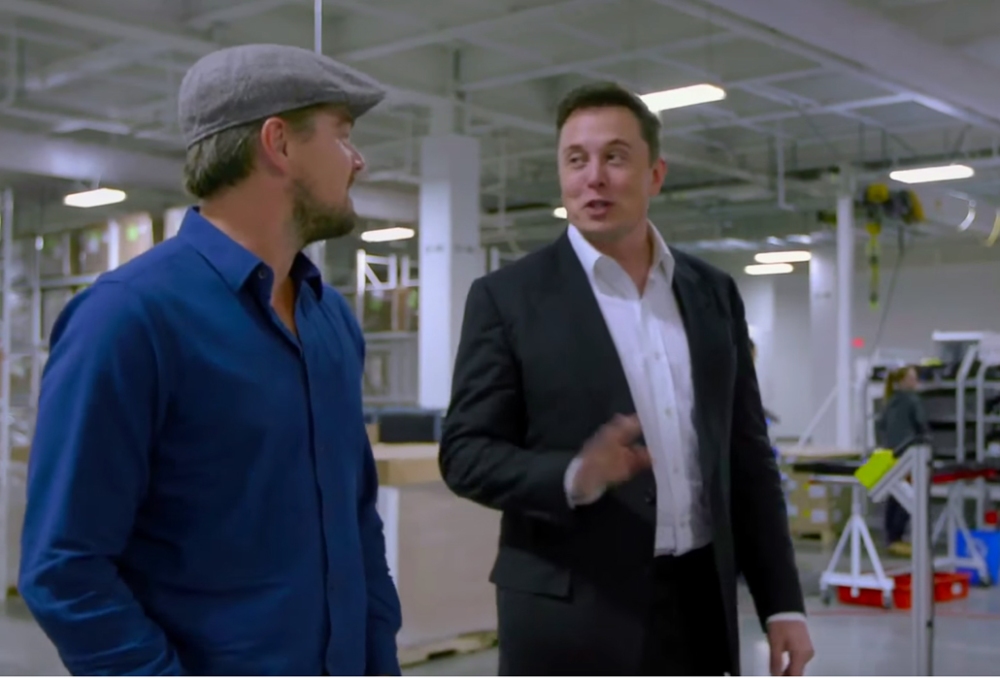 Self-confessed, he states he didn’t understand the extent of industrial contribution to this crisis, until digging deeper, filming this documentary. However, some of the hard-hitting facts DiCaprio uncovered in the documentary are shocking:

By 2040, we will be able to sail over the north pole, there will be no arctic ice in summer. To put this in perspective, the ice in the arctic acts as “an air-conditioner for the Northern hemisphere.”

“Greenland is going away” if we remain at the same constant temperature witnessed in the last decade.

In America, Florida experiences sunny day flooding, where on a sunny day with no rain in sight, the back flow of rising sea levels filters up through the city drains, flooding the streets with several feet of ocean waters. Mayor Philip of Miami, Levine gives a time frame of “40 to 50 years’ life” left in Miami, FL – and that’s with preventative actions. The current governor, Rick Scott, banned the words ‘climate change’ in 2011.

Koch industries is worthy of a mention. DiCaprio sits pensively while scientist Dr Michael E. Mann, a professor of Atmospheric Science at Penn University explains the anti-climate agenda, and Congress members being recipients of fossil fuel money by organizations such as Exxon, Shell, BP and Chevron…and the Koch brothers.

Americans for Prosperity, for example is a “front group” for Koch industries Inc., Dr Mann states to DiCaprio.

Mann has, since his publication of the “Hockey Stick” graph, which displays climate change in hard statistics, has been vilified, called a fraud, attacked by Congressmen and received several death threats.

The documentary is mind boggling, in that the evidence that DiCaprio presents will enlighten those who claim to know something of climate change. If you want to educate yourself on both sides of the argument, Before the Flood is well worth watching. But be warned, the documentary is gut wrenching with its facts and the actions we should be taking, but don’t.