For any diehard sci-fi horror film buff, particularly of the dated, cheesy kind, Steve McQueen’s The Blob is essential viewing.

Recently, after reading about the latest Paris Zoological pet, an inexplicable “essentially immortal” brainless creature that can adapt through memories, I revisited this early film with a writer’s “what if” in mind.

I couldn’t help but wonder where this strange creature came from, and why we’re only hearing about it now. Little is known about the Parisian’s version of The Blob, and no, this isn’t tongue in cheek. This is a real-life animal-fungus-thingy-ma-blob that scientists are still scratching their heads over.

Did it come from a small meteorite that falls on Earth, much in the way the 1958 film suggests? When an old man finds and pokes the meteorite with a stick, the film’s Blob is revealed inside.

Now, I doubt somehow the zoo’s blob fell out of the sky somehow. In fact I know it didn’t. Zoologists in Paris raised the young blob on oatmeal in its petri dish instead, before moving him to a big boy bed of tree bark in a glass enclosure.

And phew, I say. Because if it’s anything like the Blob in the movie, it has some serious nasties when it touches you: arms are almost amputated through the Blob’s talent for dissolving things.

And just like the blob in the zoo, the Blob seems to soak these things up while regenerating and is “essentially immortal.”

Unfortunately for the old man in the film, poking the Blob with a stick means that things don’t end on a happy note. The doctor, Dr Hallen and his assistant Nurse Kate both end up devoured by the Blob while helping the old man. By the time the police are alerted, the Blob disappears and the police dismiss it as a prank.

As the Blob continues through a small Pennsylvanian town, it consumes a mechanic at a repair shop devours a janitor at a grocery store and chases McQueen’s character into a freezer before quickly retreating. It seems just like the real blob in the zoo, the Blob in the film fears extreme temperature changes.

The similarities are striking to the writer’s brain, and perhaps just a little indulgent. The fatalist in me almost hopes for the zoo’s blob to invade a nearby theatre to eat the projectionist. People would flee the theatre in blind panic, just as they do in the movie, and the military’s bullets would be rendered useless.

Because of the regeneration talents the real blob possesses—it can heal itself in under two minutes if you cut it in half—it makes for a tricky situation, just like it shows in the film. If this brainless, mouthless, legless yet adaptable, hungry, and moveable blob decided it preferred blood over oatmeal and bark, would we be powerless to stop it? 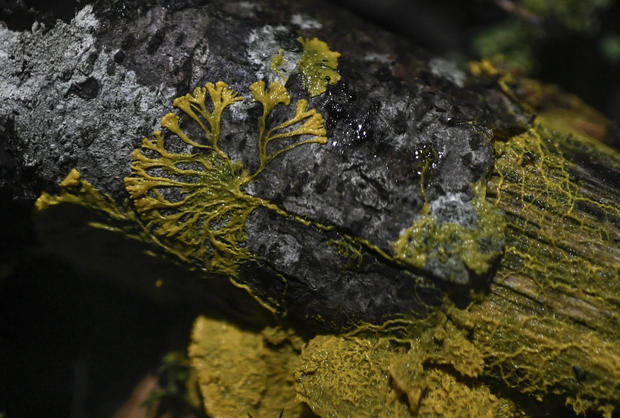 The police attempt to fry the Blob with a live power line but fail and set a diner ablaze instead. In the film, as the Blob makes its escape into the basement, the owner uses a CO2 fire extinguisher to put out the flames and unintentionally blasts the Blob with it instead.

But alas, it’s here the film provides some survival notes. The Blob retreats from the blast of CO2 much in the way it avoided the freezer: because just like the film’s Blob can’t tolerate the cold, our blob fears heat and light.

It’s a stranger than fiction life. That a real-life blob inspires a movie review in such a way. But it’s also a warning to us all, that to play with a life form as old as this planet may lead to some dire consequences.

What will come of us when the blob wants out of its enclosure?

I hardly think parachuting the blob into the Sahara Desert will have the same effects as sending Hollywood’s Blob into the Arctic.

*This article (Hollywood’s The Blob Offers Some Real Life Advice) is a free and open source. You have permission to republish this article under a Creative Commons license with attribution to author Aral Bereux and DNewsHQ. Anything else will be considered Copyright Infringement.