Australia’s government has announced military intervention, calling up 3,000 reservists to help battle the bushfires sweeping the nation. The unprecedented crisis is now producing its own weather formations, ranging from apocalyptic cyclonic fire-tornadoes to the now too familiar dry lighting storms that risk sparking more fires.

The deployment of reservists to help contain fires that have raged since October are said to be welcomed. However, critics of the Morrison government have accused the Prime Minister of too little too late. PM Morrison earlier had taken a vacation in Hawaii, hiding the fact, while the country burned. The Minister of Emergency Services also left the country for a holiday in Europe.

Morrison, who failed to inform the RFS Commissioner Shane Fitzsimmons of the decision to deploy troops to help with the bushfire crisis, has also deployed an additional 2,000 military personnel to rescue stranded tourists and residents from a beach in Mallacoota. The largest maritime rescue operation in Australia’s history also includes aircraft to assist evacuation and firefighting efforts. 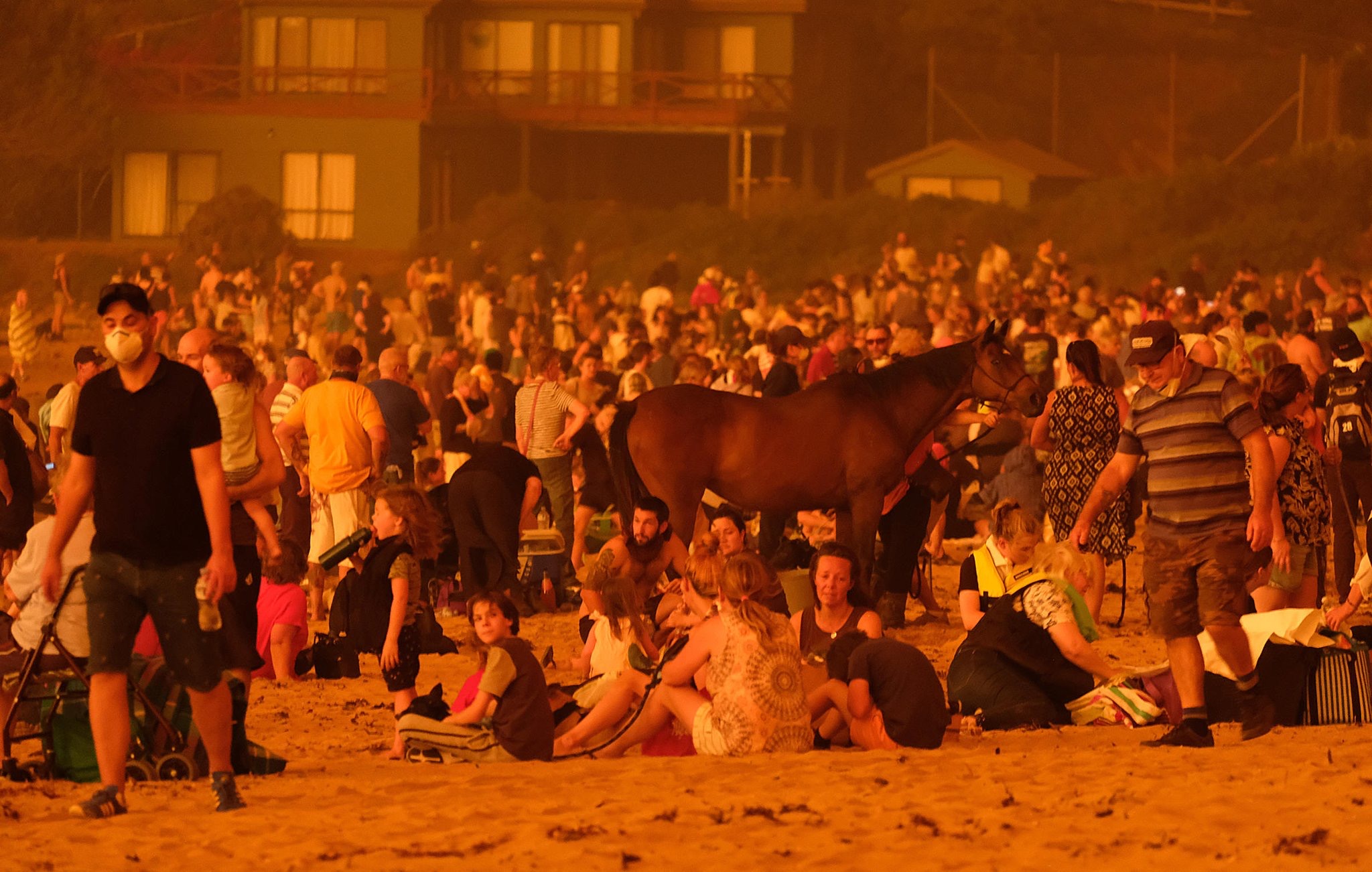 The largest environmental catastrophe in recorded Australian history continues to devastate the Eastern coast along three states, and South Australia, with fires also reported in Western Australia and Tasmania. Record droughts that have left major regional towns without water, extreme wind temperatures, and record-breaking heat waves have contributed to the fires’ rage.

The Australian bushfires seem to have no end in sight with the southern parts of Australia now covered in heavy smoke hazes, making the air unbreathable. Australia’s bushfires, covering much of NSW and Victoria’s eastern areas, are generating their own weather formations, too. Pyro-cumulonimbus clouds—dry thunderstorms that create more fires—are becoming common sights, according to Victoria’s Bureau of Meteorology. 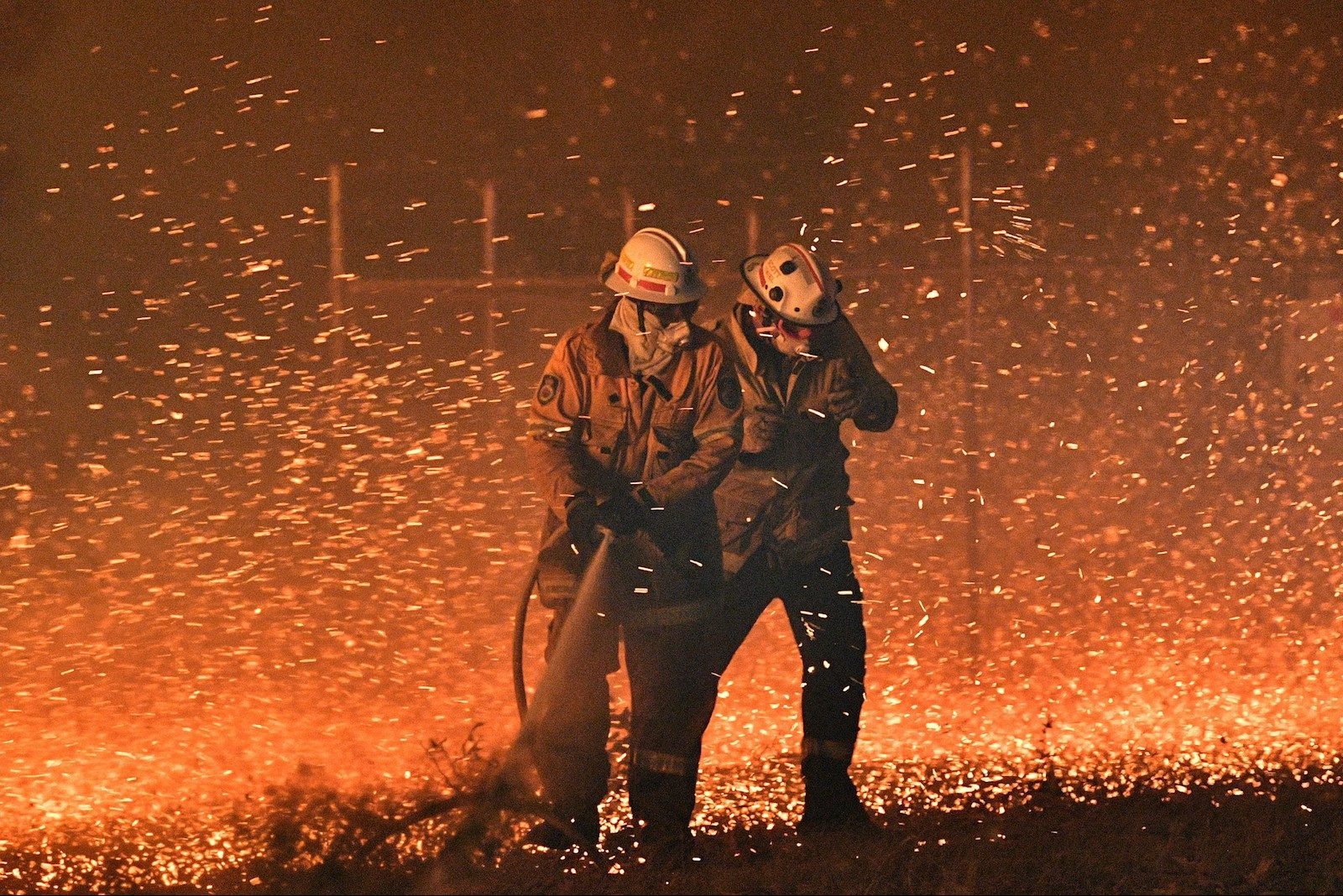 Neil Bennett, a spokesman for the Bureau of Meteorology, said the storms can cause the rapid spread of fires.

“The prediction of fire weather in terms of wind is critical and when you’ve got a highly variable wind environment as you do with a thunderstorm, if you have that in the fire environment, those winds become very, very difficult to predict.”

The dry thunderstorms have triggered fire-tornadoes, or “firenados” that have torn through parts of the South Australia state on Kangaroo Island. One fire tornado lifted a fire truck into the air in Victoria, killing firefighter Samuel McPaul, and critically injuring two other firefighters. 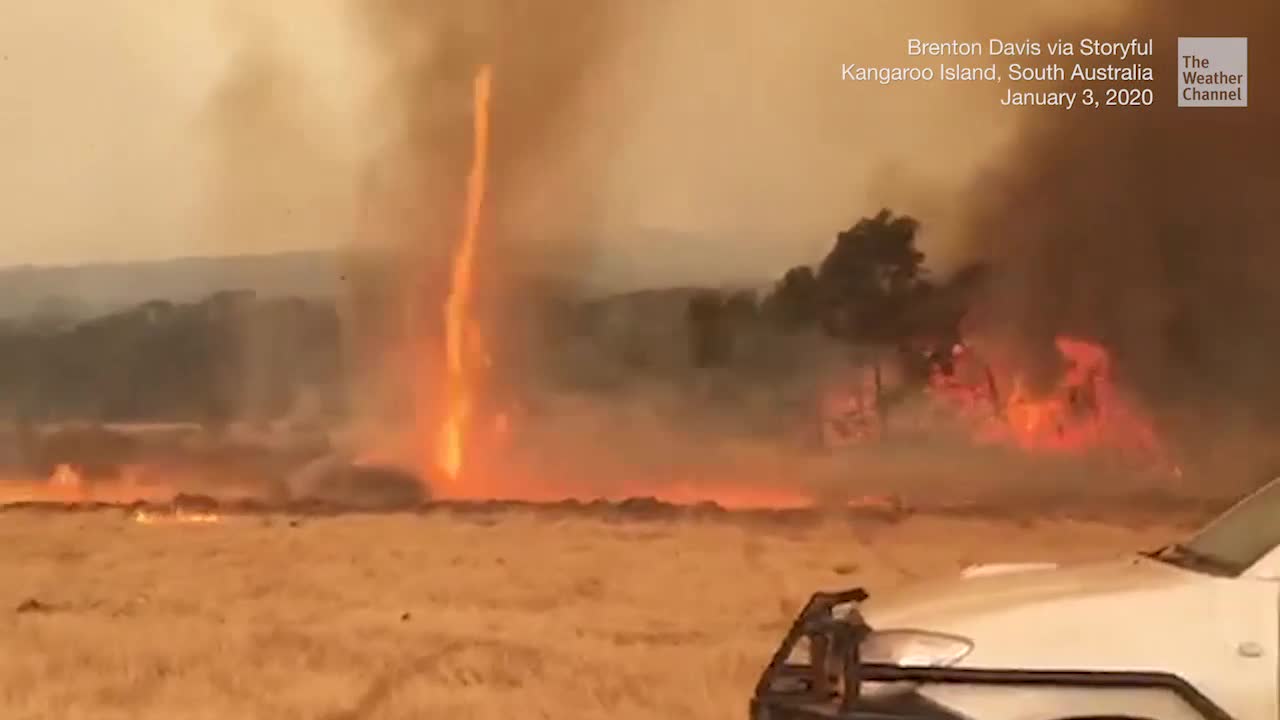 “It was a fire tornado or a collapsed pyro convective column that had formed above the main fire front. That resulted in cyclonic winds that moved across the fireground.

“The local crews that were able to catch up with him in the field at the accident scene describe what they experienced as truly horrific. They described it as an extraordinary wind event, describing it as a fire tornado,” Rural Fire Service Commissioner Shane Fitzsimmons said.

Death toll estimations stand at over 500 million mammals, reptiles and birds, tipping the balance of entire species that exist only in Australia. At least 23 people have died so far, with many unconfirmed and still missing, with the number likely to rise.

There are over 170 fires still burning with 48 of those in Victoria, most of them uncontrolled. Thousands of residents have had to flee their homes, with 4,000 stranded on Mallacoota this week until the naval rescue evacuated them to safer areas.

The air quality in Australia’s capital, Canberra, and home to the Australian parliament is the worst recorded in history, and stands at 23 times higher than the global hazardous level at 200. An irony not lost on the public.

“I’ve got to be honest with you, this isn’t a bushfire, it’s an atomic bomb. It’s indescribable the hell it’s caused and the devastation it’s caused.”