The electrical surge was recorded at around 1930 UT and can be seen in the chart below. 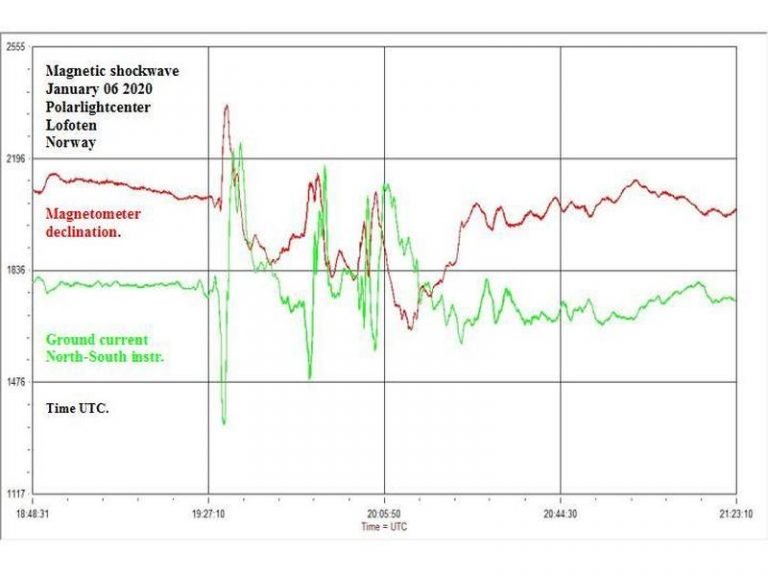 “It seemed to be some kind of shock wave,” Rob Stammes reported. “My instruments detected a sudden, strong variation in both ground currents and our local magnetic field. It really was a surprise.”

Stammes wasn’t the only one recording the unusual disturbance. NASA’s ACE spacecraft also detected it, too. 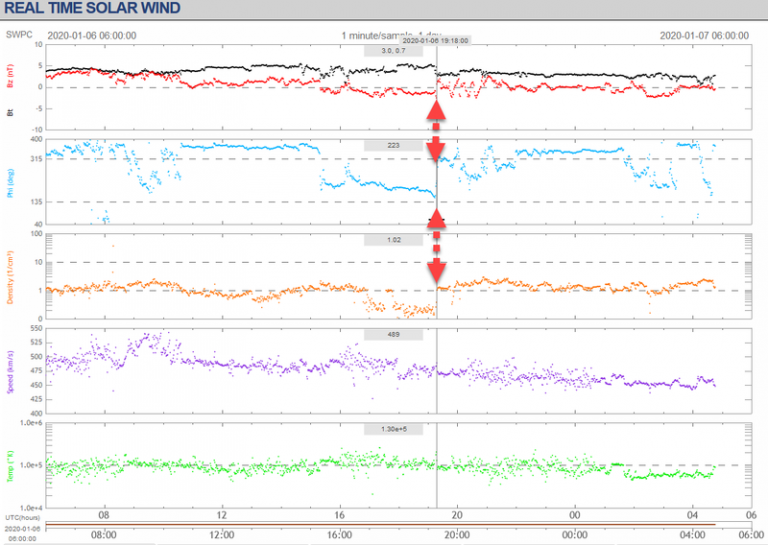 Incredibly, around 15 minutes after the electrical disturbance, the interplanetary magnetic field (IMF) around Earth swung 180 degrees. They also measured the solar wind density, discovering its jump of more than 5-fold.

According to Dr Tony Phillips, the Earth may have experienced a heliospheric current sheet. This is a membrane of electrical current rippling through the solar system, and one that Earth may have passed through. 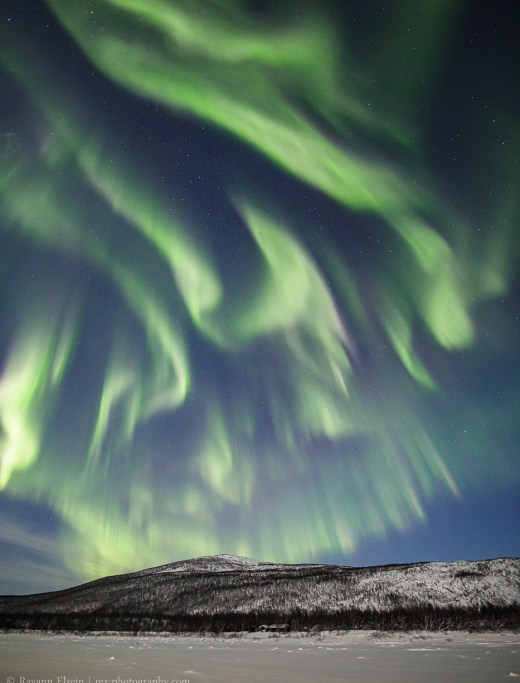 The crossing into one of these sheets has led to stunning auroras in the Northern Hemisphere, yet ironically, were not visible in Norway because of heavy cloud cover. However, Finland reported spectacular displays of aurora borealis.

“We couldn’t see the auroras in northern Norway because of cloud cover,” Stammes said. “We had to be satisfied with the electricity underfoot.”